Mine Safety NSW News reports that the NSW Parliament recently passed amendments to the Work Health and Safety Amendment (Review) Act 2020.  The advice states that, “these changes, which came into effect 10 June 2020, will assist in improving compliance and enforcement measures for the NSW WHS Regulators, to make the lives of workers and business owners healthier, safer and more productive.”

Enacted were the following key changes:

An approved code of practice is a practical guide to achieving the standards of health, safety and welfare required under work health and safety laws. Codes of practice have a legal status under the law.

Further information and copies of the codes approved under this legislation is available on the codes of practice page.

2. HVAC INDUSTRY PROVIDES FEEDBACK ON ADDITIONS THAT COULD BE CONSIDERED FOR THE NSW SKILLS LIST

In the previous News Service (14) it was reported that Training Services NSW Market Design and Implementation Team were inviting applications to additions to the NSW Skills List.  The ITAB has collated a detailed summary of skilling issues affecting the HVAC industry and has circulated the findings to industry stakeholders for further consultation and validation.

The information gleaned thus far is represented herein and follows.  Stakeholders with an interest in the outline below are invited to advise the ITAB of the veracity and validity of the information and if it is in line with your observations and experiences, advise of support or otherwise:

“Australia started the phase-down of Hydrofluorocarbons (HFC) on 1 January 2018 which will gradually reduce the maximum amount of HFCs permitted to be imported into Australia.  HFCs refrigerants are synthetic greenhouse gases which have been widely used in refrigeration and air conditioning equipment. HFCs generally have a high global warming potential which means they have a greater ability to trap heat in the atmosphere compared to a similar mass of carbon dioxide.

The HFC phase-down covers only imports of bulk gas such as in cylinders. It does not cover gas imported in pre-charged equipment such as air-conditioners or refrigerators which are accounted for in the country of manufacture.

Several alternatives to HFCs with no or very low global warming potential (GWP) are available in Australia, which are appropriate for use in the same applications as HFCs. However, they are either flammable, toxic or operate at extremely high pressures, therefore additional training is required by existing RAC Technicians to safely handle these refrigerants while installing, commissioning, servicing and maintaining RAC systems that use these refrigerants.

Some of the alternatives are synthetic class A2/A2L higher flammability refrigerants including:

Other alternatives are natural refrigerants including:

The Competency units listed below have been endorsed nationally and delivery and assessment resources have been developed for them to support NSW private and public RTOs provide this gap training to RAC Technicians.

The following qualifications should also be available to RAC Technicians so they gain additional skills:

This qualification provides competencies in high level fault diagnosis and rectification, commissioning and maintenance of refrigeration systems and equipment that apply to commercial food storage and preservation, air-conditioning, air distribution equipment and/or special applications. It includes competency units listed above as electives.

This qualification provides the competencies to determine heat loads and select equipment for basic commercial refrigeration or residential air conditioning applications. It includes competency units listed above as electives.

Please forward your comments to Tony Palladino at: tony@uensw.com.au

She states that, “Modelling released this week by the Mitchell Institute estimates 130,000 fewer new apprenticeship and traineeship opportunities for young people as a result of the economic fallout from COVID-19 over the next three years.

There will also be a reduction in apprenticeships and traineeships leading to a 50% increase in school leavers that will not be in employment, education or training (NEET).

Responding to the crisis, the Australian Refrigeration Council (ARC) has called on the Federal Government to extend the $130 billion JobKeeper Payment Scheme beyond September 27, 2020.

The aim is to protect refrigeration and air conditioning apprentices who have never been more valuable as Australia’s HVACR sector continues to struggle with an acute skills shortage.

According to ARC CEO, Glenn Evans, many employers will be forced to let their apprentices go once the JobKeeper Scheme ends.”

NCVER has released two framework guides for how best to incorporate digital skills into VET delivery and how to upskill VET educators are the subject of two new ‘good practice guides’.  The NCVER News states, “The guides highlight how critical it is for VET educators to use technology in their teaching practice, as is their ability to assist learners in developing their own digital skills.

Both guides were developed following a forum held in late 2019 with representatives from industry, training providers, practitioner bodies, and other VET sector stakeholders.”

To access the guides, along with other great resources such as support documents and the latest NCVER Podcast follow the links, below:

Mine Safety NSW News reports that Safe Work Australia Members have agreed to delay the start Globally Harmonized System of Classification and Labelling of Chemicals (GHS) Revision 7 for workplace hazardous chemicals under the model WHS laws since late 2019 to 1 January 2021.  It was stated that Safe Work Australia had been working towards adopting the GHS, with a two-year transitional period to take effect from 1 July 2020.  However, due to the impact of COVID-19 on Australian businesses Members resolved to delay the start.

For more information visit:  UPDATE ON THE TRANSITION TO GHS REVISION 7

Australia’s Climate Control News (CCN) reports that a Victorian based company, “that imports, manufactures and supplies air conditioning equipment has been fined $12,600 by the Department of Agriculture, Water and the Environment for importing bulk hydrochlorofluorocarbon (HCFC) without a controlled substances licence.

The report states, “Importing HCFC without a licence is an offence under the Ozone Protection and Synthetic Greenhouse Gas Management Act 1989 (the Act), which is in place to protect the environment by reducing emissions of ozone depleting substances and synthetic greenhouse gases.

Since January 1, 1996, importers and exporters of bulk HCFC who hold a controlled substances licence, have been required to hold to a HCFC quota.” ……

“The company was also fined for using disposable cylinders for storing R-22.” …

“A priority compliance focus for the department is to reduce emissions of synthetic greenhouse gases and ozone depleting substances. The company has paid the infringement notices and is now complying with licensing requirements and conditions.”

For more information regarding the incident and reported on by Sandra Rossi on the 17 June 2020 visit the listed link:  COMPANY FINED FOR HCFC IMPORTS 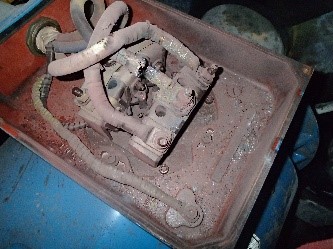 The NSW Mine Safety Resources Regulator reports of a dangerous incident (INCNOT0037506) where “a mine worker saw a flash from a 1000 volt conveyor drive motor junction box. The electrical protection system activated and shut down the conveyor. There were no injuries.”

This incident is under investigation and further information may be published at a later date.

In a public statemen of the 17th June, Standards Australia stated it “welcomed the announcement by Minister for Trade, the Hon. Simon Birmingham, on the commencement of formal negotiations between Australia and the United Kingdom on a future Free Trade Agreement (FTA).”

Mr Adrian O’Connell CEO of Standards Australia, said “The prospect of a Free Trade Agreement with the UK has been highly anticipated by many Australian industry sectors, and today we can see the road ahead,”

“Greater trade and integration of our two economies would potentially realise tremendous value for both countries, rebuilding a new dimension to our unique historical relationship. A collective push towards greater economic opportunity for industry in both nations will be strongly embraced,” added Mr O’Connell.

The media release went on to state, FTAs are underpinned and supported by harmonised standards that enable industries to compete in both markets. Typically this involves Australia and the UK adopting the same international standard, giving products and services a common set of technical specifications.

“Standards Australia has contributed to several FTAs previously, and we look forward to supporting this opportunity Australia has to be one of the first countries to enter into an FTA with the UK,” said Mr O’Connell.

Of interest in any FTA is that whilst the UK will open up their market to Australia and vice versa, the devil will be in the detail and resultant harmonised standards that are agreed upon.  If the outcome is equitable it may prove beneficial to organisations in both markets and unlock untapped innovation and opportunities.  If the result is not equitable the converse will ensue for one party over the other.  It is important that Australian industry monitor and participate actively in the negotiations.

ENA media release of 19 June 2020 reports that “energy networks will play a key role in stabilising and firming our high renewable energy future.”  A report* released by the South Australian (SA) Government and the Australian Energy Market Operator (AEMO) reinforced the important role already being played by networks to provide critical grid stability.

Energy Networks Australia CEO, Andrew Dillon, said, “Synchronous condensers** and network scale batteries***, like those delivered by ElectraNet in SA, are already helping keep the lights on and the grid stable.”  He went on to say, “Energy security is no longer about producing enough electricity, with the surge of solar we now face the challenge of at times having too much for the system to cope.”

Mr Dillon said that Project Energy Connect, the proposed interconnector between SA and NSW, would help stabilise the grid.  …

Reforming tariff structures to reflect when surplus electricity is being generated is also critical.

“SA Power Networks is implementing a solar sponge tariff system to give customers price incentives to use more power when solar is generating into the system. This sponge will help keep the grid stable, which in return will help reduce system costs.

“The more we can allow customers to manage their use to align with system needs, the less we will need last resort options like shutting off household solar PV systems.”

The media release also went on to state, that other technologies such as hydrogen will be needed in a future energy system. Hydrogen gas can be produced from excess renewable energy and easily stored for future use either in electricity generation or blended into the existing gas distribution network.

For a web version of this media release, click here.

** South Australia now generates more than half its electricity from renewable sources. Less reliance on synchronous generators, such as coal or gas-fired generation, means less stability in the power system

*** One in eight roof-top solar PV installations in Australia is accompanied by a small-scale behind-the-meter battery.